I recently finished the visual novel Out There Chronicles: Episode 1. 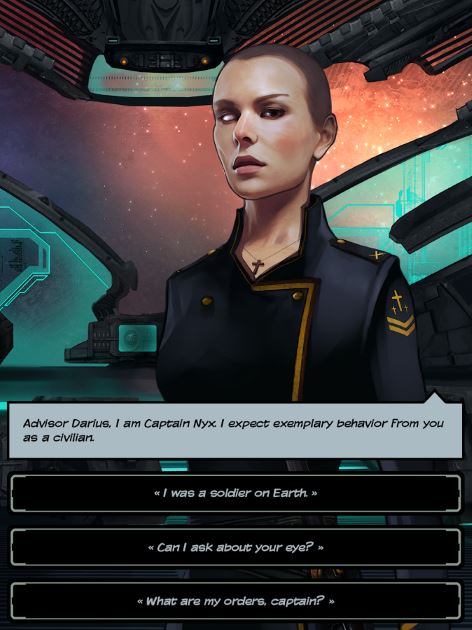 In case you’re unaware, visual novels are a game genre originally from Japan that are essentially digital Choose Your Own Adventure games. There’s music and perhaps some simple animation, but otherwise the game part is just choosing out of a short list of responses or actions.

Being from Japan, most visual novels use the same visual style you would be familiar with from anime and manga and Japanese video games, and being relatively cheap to make, the vast majority of them are shit. The creative outlay, after all, is just still images, music, and text. You don’t even need any fancy programming as there are game maker programs out there where you can just drop your files straight into a framework and then it’ll spit a game out right quick.

Of course, there’s no reason that visual novels must inherently suck or all be about who’s dating whom in a fictional Japanese high school. I liked this one that I played. You, the protagonist, wake up from suspended animation a million years in the future on the planet America, home of what may be the last humans in the universe. You make your way through this strange society to find out what happened to your own colony ship, the Europa, while trying to hide what exactly happened before Earth died and everyone ran for it. 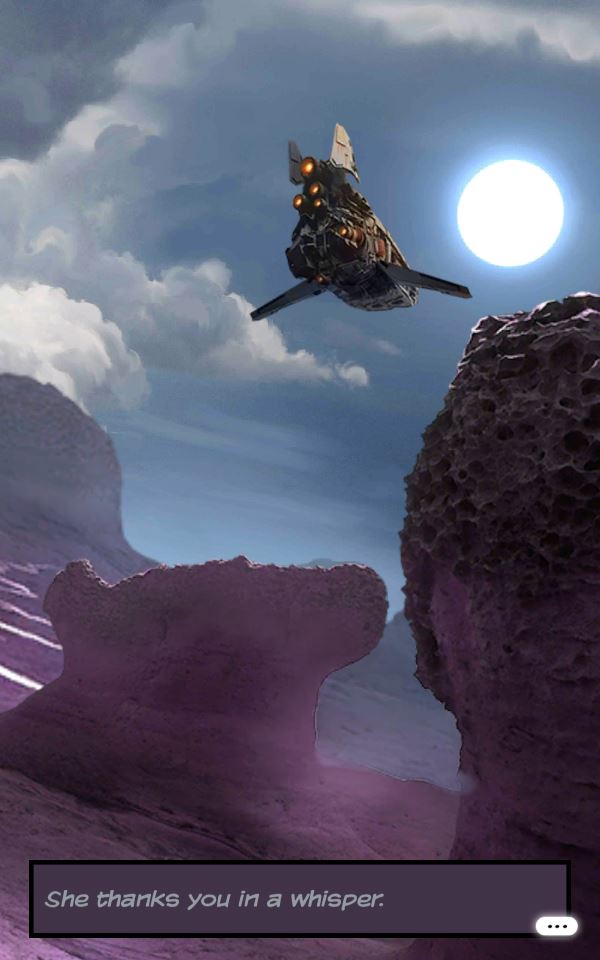 What did I like in particular? Well, the visuals are arresting and distinctive, not just for the look of the characters but for the environments they move in as well (the void of space, a futuristic park, a giant restaurant tree). It’s obvious how constrained the choices were but I didn’t feel as railroaded as I should have – the narrative was compelling enough that the choices presented were the ones I wanted to choose anyway just so I could see what happened next.

Anyway, this is only the first episode. There will be more to come. As with all serialized storytelling, the makers may shit the bed in later installments, but for now I’m anticipating the next episode. Thumbs up from me.