I haven’t played Fallout 76, but from what I gather, it appears that premium players and the poors are fighting each other online.

It seems that Bethesda added another tier (another class) of players that one can pay into in order to receive advantages in-game, as well as certain cosmetic benefits such as proprietary dances (emotes) that only those players can do. Regular players hate this and call it “pay to win”. Also, the premium players (called Fallout First) get a special badge that announces their exalted status to the filthy unwashed. Resentful at this gross inequity, the proletariat have responded by enacting class warfare.

I mean, holy shit but this is gold. The Twitter thread above has screenshots from the game’s Reddit community, but I’m reproducing some choice comments:

Fallout 1st players! We need to assemble and build gated communities for ourselves! Piss poor 76ers are targeting us! 😠
[post has now been deleted]
We need to come together and shield us from these animals! They will tear us apart and they will never be satisfied.

Reddit user KATheHuman commented on Oct 26 2019:
I got beaten up when I decided to do the Mothman emote in Vault 51. At least 5-7 people in teddy bear costumes kept punching me. 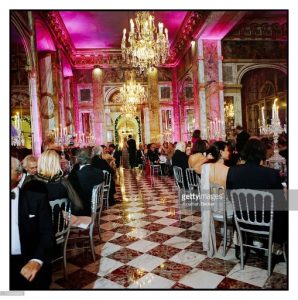 Lots of people still don’t know this but apparently we’re supposed to hate hipsters now (see the Wikipedia link for its fumbling vagueness in trying to define an amorphous subculture). To see the backlash, witness McSweeney’s Hipster Logic Problems:

The thing is, McSweeney’s is exactly the kind of website that hipsters frequent. In fact, I will bet actual money that the author of the piece would be labelled a hipster by most people who met him. The missing analytical tool, of course, is class, in that a hipster is invariably a middle class consumer with disposable income and/or university education, the better to buy the vintage t-shirts and recognize the literary allusions found in independent cinema so beloved by hipsters (which is not to say that every single hipster loves these things).

It’s fascinating how the hipster locates identity firmly in consumption. A hipster is not a hipster without also consuming in certain ways (clothes, movies, music, what-have-you). Hipsters are still not as bad off as, say, Japanese otaku, who, as Marxy says, “use consumerism as a therapeutic solution to their psychological and social problems”, which is to say that to be otaku is to consume otaku products, else one would not be otaku and would therefore have mainstream tastes and social skills and not need to fill a hole in one’s life with consumer goods targeted directly at oneself.

But one might ask, then, what is all this in aid of? What is authenticity for? Which question can only be answered with a syllogism: Authenticity is for being authentic.

To remove the answer from being useless, one might also say that the search for authenticity is the point and not capturing the authentic itself (for, like a rainbow, one cannot stuff it in one’s pockets). Clearly the rampant and relentless message of consumption that surrounds us all in a capitalist society has created strange pockets of, well, not counter-consumption, since there is no such thing, but rather alterna-consumption, or a different way of consuming in a capitalist society which still reaffirms the pre-existing capitalist order.

I do wish I had more time to tease out more analytical insights and further develop these ideas but I ain’t in grad school no more, I can’t be arsed to write more.