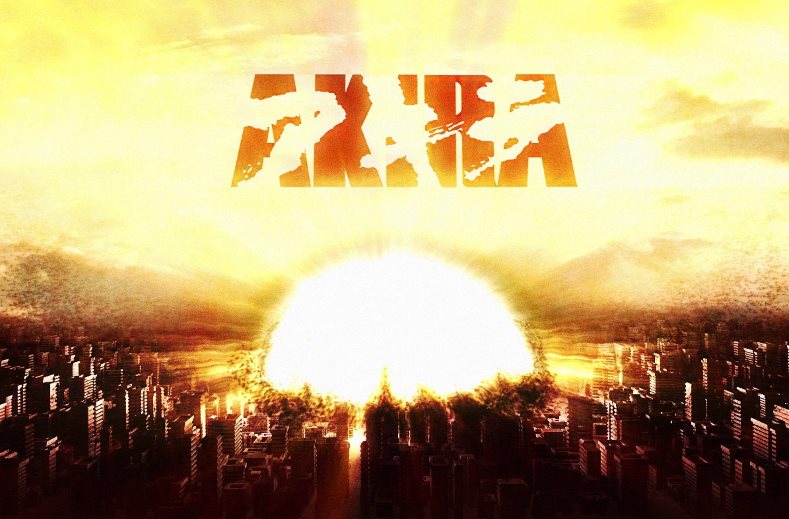 It is strange days when we see Japanese schoolchildren running for their lives in simulation of a nuclear attack from North Korea. The picture in the linked article reminds me of nothing more than Cold War evacuation drills in the US.

Selfishly, as an anime fan I wonder how all this uncertainty is going to affect the anime industry. I never thought the threat of nuclear conflict would figure into my estimation of when we could expect season 3 of Attack on Titan, but here we are.

It’s jarring to think of these things when thinking of anime, which, let’s face it, is mostly just escapist fantasy, like most mass entertainments are. I’m reminded that Jane Austen joked about being tempted to include a treatise on Napoleon in Pride and Prejudice just to counteract how light and frothy her novel was. I’m also reminded of what Slavoj Zizek said about the use of the Christian calendar, which uses the birth of Christ to mark the flow of events: he called it the irruption of the infinite into the historical. Perhaps we might call the imposition of nuclear geopolitics into the logic of anime production as the irruption of the political into the inconsequential.

Of course, this statement is both facetious and incorrect, for anime is already political. It is produced in a web of politics -government grants to aid in translating content for export, industry-wide discrimination to discourage women, a regime of austerity that encourages overwork of animators, and a capitalist ideology that demands crass commercialism – and also expresses statements of political positions – women are always emotional, Chinese and foreign characters can never beat Japanese protagonists, and Koreans don’t exist.

The surprise we feel when placing anime in the same headspace as nuclear diplomacy is a surprise that has been manufactured. Being apolitical is a political stance, and depoliticization is a political action. To divide the world and say these things are of politics and these things are not is an act of power (Michel Foucault called it power/knowledge, which is the power of defining what knowledge is).

The personal may be political, but it’s inconvenient for the powerful to let common citizen remember this fact. Politics is not merely debating tax rates and talking at town halls, which is to say it’s not only for politicians and activists, but keeping it an activity of a small elite certainly makes it easier for those elites to set the agenda. Political apathy serves those who already have power.

And so we come to anime and its role in the politics of apathy. Crudely speaking, anime is just another cog in the machinery of distraction that keeps the masses quiescent in that old Roman strategy of panem et circenses (i.e., bread and circuses). Focus on your pop culture, say the masters of the world, and leave the important things to us. This was, of course, the old politics, before the divisions in democracy were laid so starkly bare, but it was a deal that many thought worthwhile, and many still do.

But even behind this wall of willful ignorance, sometimes the world of politics would intrude, as in the current case of North Korea and its nuclear arsenal threatening the home of anime. We find that we cannot leave politics because we are already doing politics. We are reminded that we live in a political world. The personal is political, but now we see that the reverse is also true, that the political is also personal. In a liberal democracy, to not resist is to consent. Therefore if we wish not to die and to continue watching anime, we must act.

Action begins in knowledge, so I ask first that you learn what is happening around you. What circumstances led to the nuclear standoff threatening our beloved hobby? What power moved us to this impasse?

After answering these questions for yourself, then ask yourself this one: am I okay with things continuing the way they are?

If your answer is anything besides “yes”, then continue asking questions, including the big one – what should I do? The answer is simple: do anything that you can. Speech is action, so even something as minimal as talking online is still a step in the right direction.

My fellow otaku, ignorance is only a temporary condition. I challenge you to look up from your TV and computer screens. Remember that you are not only a consumer. You are also a citizen.

The Economist recently published a fairly decent overview of modern Chinese attitudes towards the Boxer Rebellion (judgement on the historical accuracy of the article supplied by Frog in a Well). Overall, there’s nothing surprising about how the Chinese nationalists have lionized the Boxers and how the underground Chinese Catholics have their own counter-narratives about the Rebellion. However, the comments to the article are full of Sinophile apologists making idiotic excuses for the actions of the Chinese, especially that of the Communist government. One commenter looks to be a genuine Chinese nationalist. Eh, whatever, a pox on all their houses.

I’m still living out of boxes here. It’s charming how the first sight I see upon waking up are bottles of hair gel and vitamin C tablets, plus the dead bugs I haven’t swept up yet. (Update: bugs are gone, vitamin C and hair gel remain ready for use in vitamin and hair-related emergencies).

In case it’s not clear, I’m talking about the new place I moved into. It’s not so bad now that I’ve got an air mattress, I actually had some really good sleep last night. Lots better than when I had to sleep in my office chair because I didn’t have any other furniture (it felt like I was at an airport).

But I didn’t pick the title of this post just because it amuses me to discuss my new place under a title that combines lines from 1984 and the Disney movie Aladdin. I thought I would discuss these two articles: More Koreans Look to Retire in Philippines and Living, Doing Business the Philippine Way

Briefly, the articles talk about (South) Korean emigration to the Philippines. I’ve long been aware that more and more Koreans are moving to the Philippines, but I’ve never known exactly why. Now it’s clear what’s happening: middlingly-wealthy Koreans are retiring and living in the Philippines because they get more value for their retirement fund and pension money.

It’s not just that, though. Those retired Koreans need people that can cater to their needs, which is something that has occurred to a lot of other Koreans. It’s also well-known in migration studies that once a certain group has established itself in a particular country, it becomes easier for other members of that group to migrate to that country, as in the case of children joining their parents or sisters sponsoring their siblings. So you get a secondary wave of Korean migration that comes to the Philippines to make money off their fellow Koreans. I’m willing to bet a lot of these businesses were established in the early days by retirees who were rushing to fill this economic niche.

This whole situation is only possible because of globalization, which I take here to mean “the intensification of global interconnectedness . . . [combined with] the the speeding up of economic and social processes” (Rosaldo & Inda 2002:2-6). This intensification has happened due to several factors. First is the development of new technologies that make it easier to transfer money overseas as well as communicate with distant relatives and friends. However, just as important, if not more so, is the development of new regulations and the signing of new agreements between governments which make the bureaucratic processes involved in international money transfer and immigration easier. After all, to take one example, the technologies involved in jet travel haven’t really changed that much in the last few decades, but the deregulation of the airline industry and the resulting competition between the different carriers have driven ticket prices down.

However, as David Harvey points out, the compression of time and space in globalization is not a neutral process, but has moral implications: a revolution “in temporal and spatial relations often entails . . . not only the destruction of ways of life and social practices built around preceding time-space systems, but the ‘creative destruction’ of a wide range of physical assets embedded in the landscape” (Harvey 1996:241). In theory, capitalism is not a zero-sum game, but in practice, for someone to win at the game of capitalism, someone else has to lose. This is especially true in an age of global capitalism, where companies go all over the world looking for places where they can make the most money while spending the least.

What are the moral implications of intensified global interconnectedness? Consider who it is that participates in international migration. Relatively wealthy people are not the only ones that migrate internationally, there are also millions of the relatively poor who migrate under dangerous conditions to work at dangerous, exploitative, and underpaid jobs. Consider also that making it easier for corporations to move money around means that it’s also easier for corporations to shop around internationally. Don’t like the fact that your workers in Virginia are entitled to bathroom breaks and a living wage? Sell your assets and set up shop in Shenzhen where such things are entirely optional.

Beyond that, also consider who it is that is able to migrate: relatively wealthy South Koreans. Why is it that citizens of South Korea are able to retire overseas, while citizens of the Philippines generally aren’t? The answer is contingent on the different histories of the two countries. The Philippines was a colony of the United States, and after independence the country was still controlled by neocolonial practices that meant the Philippines was still dependent on its “former” colonial master. However, South Korea was vitally important to the United States in its Cold War against the Soviet Union as a bulwark against communist North Korea. It would not have been wise for the US to have South Korea end up like the Philippines, since it would not be able to put up much of a resistance against the North. Therefore, no neocolonial and neoimperial policies were enacted against South Korea and plenty of aid in building infrastructure and such was offered by the US. Simply put, then, it served American interests to have a weak Philippines dependent on the US while at the same time having a strong South Korea to defend against the North. Which brings us to today, where — economically speaking — we have a mini-US in South Korea acting towards the Philippines like the US acts towards Mexico: like a personal playground for its citizens.

And on that note, Happy Labour Day and enjoy the long weekend to those of you that have it.