You know, I could tell what I’ve been up to lately, but I think I’d rather just tell you about the greatest thing in the history of the universe, which is this Twitter account: 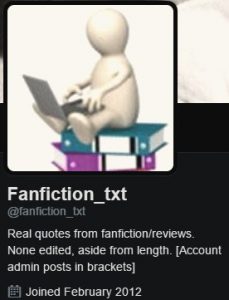 Just look at the material it highlights. This thing is gold. Gold!

Oh, and in case you were wondering, I’ve been working on the anime podcast project I mentioned before.