Two kids’ cartoons I’ve seen and recommend on Netflix: The Dragon Prince and The Hollow:

The first feels very Avatar: The Last Airbender because it was created by two veterans of that show (writers or producers or some shit, I don’t really care about behind the scenes stuff for animated shows). The relationships between the three protagonists, the way the characters talk, and how they relate to their circumstances is just like Avatar – i.e., the characters banter zippily in teen American slang in counterpoint to the seriousness of their quest and in contravention of the accepted cod medieval language of fantasy epics.

Unlike Avatar, the story takes place in a more traditional Western fantasy setting of elves and knights and dragons. Humans and elves are at war, three kids go on a journey to bring peace, they overcome various dangers in each episode, there are exciting an action scenes, etc.

I found it a rather pleasant show to binge, especially since each episode is less than half an hour.

The Hollow is also structured around a journey, but “Lost for kids” would be the better reference point. Three teenagers with amnesia wake up imprisoned in an underground bunker, they make their way through a strange land of monsters and mysteries, weird shit flies at the viewer so fast you forget that a lot of it doesn’t make sense, and there’s a plot twist in the end that may or may not land well for you. There are bunches of jokes but most of them are dumb so I think this is being aimed at a younger audience than the first show.

For some reason it’s made to look like it was made in Flash, but the action scenes are too complex for Flash so I guess the creators just like that style. Maybe they were working within certain budget limits, or maybe they think modern kids have been trained to expect simplistic animation. The episodes are also less than half an hour so I got through the whole thing fast.

The second season for The Dragon Prince has just been announced, but hopefully there will also be one for The Hollow since I could do with more uncomplicated series with short episodes to binge on.

Anyway, this has been a review of Netflix kids’ cartoons shows as evaluated by a thirtysomething Canadian man.

We need more Japanese cartoons about post-structuralism. Hop to it, anime studios.

My biggest criticism is that it moves through the material a bit too quickly. Okay, there’s a world at war, aristocrats who drain magical powers from the rivals they defeat, vampires and werewolves and plucky allies and exotic locations and massive battles where actual characters die. Can we maybe have some time to dwell on each thing before we move on?

I assume this is because the anime is based on a light novel series. The studio probably was trying to squeeze as much as possible in.

But the animation is nice, the main characters are interesting, and it moves along decently. It’s a competently entertaining anime and it just recently ended so you get a complete story with no cliffhangers whose endings depend on the studio securing funding for a second season. I recommend it for your fantasy action fix. 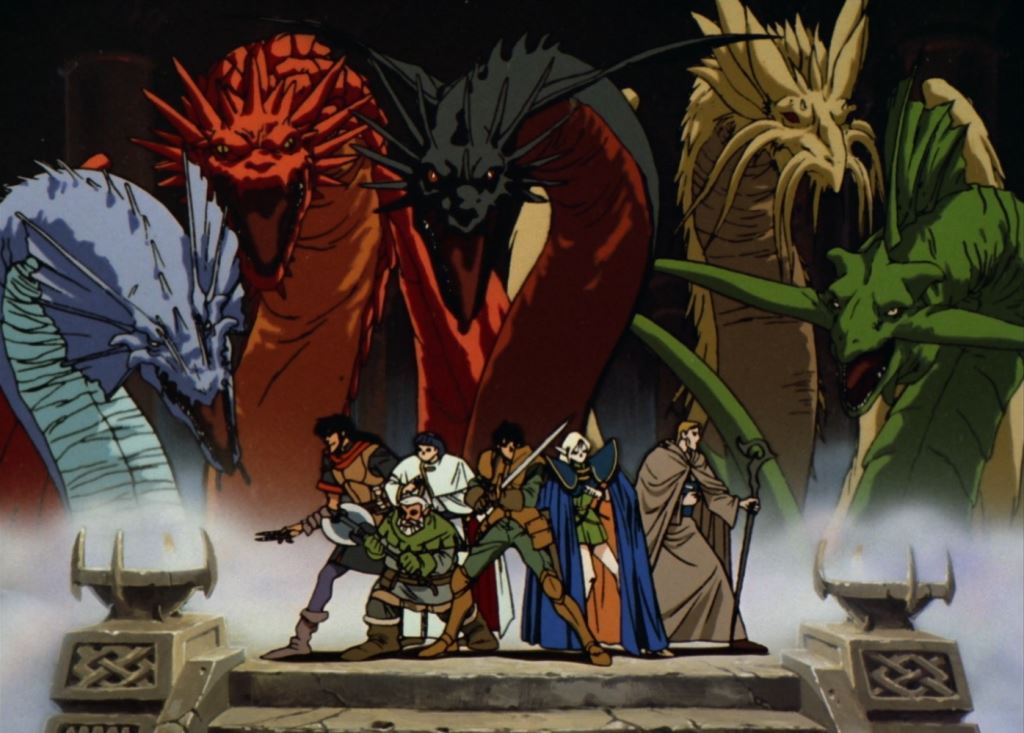 I’ve been watching Record of Lodoss War today and am halfway through. It’s obviously based on a tabletop RPG campaign since the main characters, despite having differing agendas, keep sticking together for no damned reason. I mean, why did the elf even join them in the first place? The protagonists also keep getting into dangerous situations at convenient intervals and their antagonist seemingly does nothing else besides obsess over the heroes and send low level minions to attack them, despite obviously having the power to crush them in one blow.

I guess it’s neat to see all the fantasy stuff that you have to imagine when you’re playing Dungeons & Dragons, but this show kind of just goes from encounter to encounter without a main plot that holds it together well enough. It’s okay if you’re doing afternoon drinking on a long weekend (Happy Victoria Day!) but it’s not really something to watch for a compelling story or anything serious at all.

You know that episode with the Defenders standing around in a large empty room yelling at each other? That was basically like half the scenes in Infinity Crusade. Plus Zero Hour had a lot of scenes where the good guys were standing around gaping at a computer screen, which we were at least spared in the show but instead got the exposition around dinner in a Chinese restaurant. Smaller crossovers seem to work better, at least when talking about the Arrow universe.

Anyway, I guess the punching in The Defenders was fun but otherwise we really need better narrative justifications for crossovers.

I was not expecting the Saekano season 2 finale to have an elevator music version of Lovely Day by Bill Withers playing in the background, but there it was.

Holy shit you guys, Série noire on Netflix is hilarious. It’s a Quebec show about two halfwit screenwriters whose incredibly dumb legal thriller is somehow renewed for a second season. Their show has high ratings but is intensely hated by the critics, mostly because the writers only know of the world through Hollywood:

“You should get a legal expert. It looks like you just started writing after reading The Firm.”

“We didn’t read The Firm, we watched The Firm. The Firm is a movie!”

So they decide that they need to do research and they start committing crimes to add realism to their writing.

Anyway, I really like how well the two protagonists portray idiots. One of them even gets replaced by a failed novelist and we think, okay, she teaches literature at a college so she’s probably smarter, then it turns out her novel clearly steals ideas from Toni Morrison’s Beloved. Bottom line, the show starts gloriously stupid and stays that way.

I unfortunately can’t find a trailer with English subtitles. It’s too bad because there’s this one hilarious scene from the fictional TV show which was submitted when the writers won an award for best product placement in a TV show, about serial killers arguing about which brand of garbage bag to suffocate a victim with: “No, that’s a cheap generic brand, it’s just going to rip and tear!”

By the bye, the title is a French expression for a series of disasters.

I watch a lot of anime. I mention this because a lot of anime series revolve around the teenage experience (which mostly means the high school experience). I had been unfairly characterizing this deficiency as a malignancy especial to anime, but I had not considered that I’m not as catholic in my viewing of English-language TV shows.

Which is to say that I’ve been avoiding a lot of teen-oriented shows from the Anglosphere. However, The 100 has mucho recommendations as being an engaging piece of science fiction.

I’m not sure how much more of this I can take. I’ve seen online joking references to the home network, CW, and its formula of crafting shows around beautiful people getting into relationship drama with each other, but I’d never really experienced the full brunt of such a perfect package of cliches and nonsensical actions.

Hoo boy. Perhaps it gets better. I hope so, as I’m not sure I might survive if this show actually gets worse.

I’m watching Robotech for the first time ever. I’ve only seen two episodes so far but I kind of like it. It goes down easy when I need something uncomplicated to watch in between getting home from work and going to the gym.

I probably would have enjoyed watching it on Saturday mornings when I was a kid. Oh well, I had The Tick and X-Men to tide me over. Speaking of which: 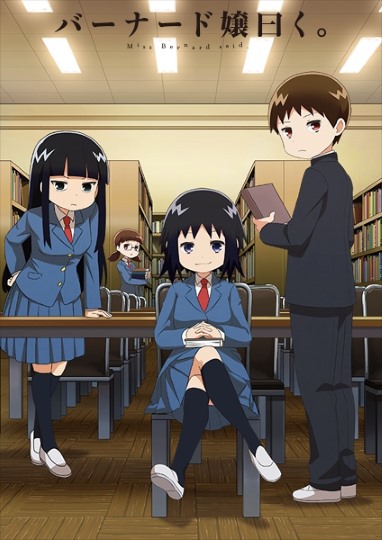 I finally understand the appeal of those short anime skits that you see on Crunchyroll. My understanding is that in Japan they’re quick palate cleansers wedged in between longer shows being broadcast on TV, but I could never understand why someone would seek them out on a streaming service when longer and more narratively satisfying series are just a click away.

However, they’re perfect for when you need a quick distraction, like when you’re in the subway and don’t have a consistent signal. I’ve been watching Miss Bernard Said in this way and it’s been pleasant enough. It helps that the show is about a high school book club where they mostly talk about science fiction and other genre books that I’ve already read.

I suppose that’s the other part of the format’s appeal to me: watching it requires no great intellectual effort on my part. I just turn on, tune in, and drift away. It’s nice to watch something unchallenging every now and then.